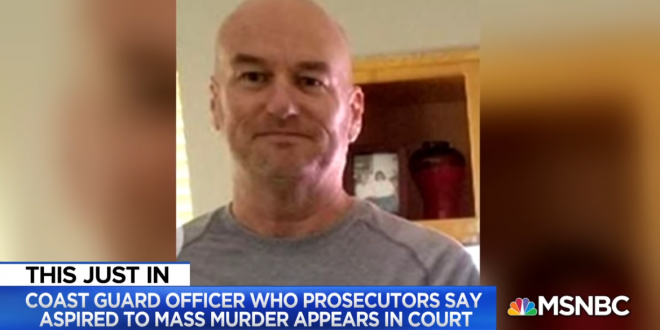 A Coast Guard lieutenant accused of plotting to kill prominent journalists and Democratic politicians was ordered Thursday to remain behind bars without bail for at least two more weeks as prosecutors build their case.

Christopher Paul Hasson, 49, was arrested last week on drug and gun charges, but prosecutors filed court papers Tuesday describing him as a domestic terrorist who “intends to murder innocent civilians on a scale rarely seen in this country.”

Prosecutor Jennifer Sykes told a Maryland federal court judge the charges were just the “tip of the iceberg.” She outlined Hasson’s plot to carry out a mass killing, citing internet searches on potential victims and the arsenal of weapons and ammunition found in his basement Silver Spring apartment.