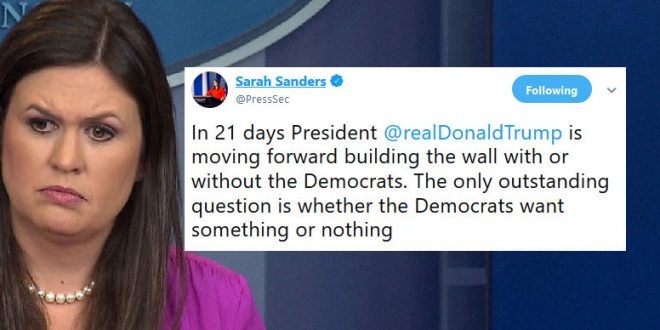 White House: Trump Is Still Going To Build The Wall

The Senate passed legislation Friday afternoon to reopen the government and make back payments to employees, and the president signed the bill Friday night. Lawmakers are now expected to reconvene in a bipartisan conference to try and work out a deal regarding the wall.

White House Press Secretary Sarah Sanders noted Friday night that a wall will be built even if lawmakers can’t reach a deal in the 21-day period.

Democrats have stood firm by saying they wouldn’t negotiate border wall funding until the president reopened the government. Senate Majority Leader Mitch McConnell said the ball is in the Democrats’ court to stand by their word.

In 21 days President @realDonaldTrump is moving forward building the wall with or without the Democrats. The only outstanding question is whether the Democrats want something or nothing https://t.co/dMaDfBOIuT

To the nearest hundred, how many dogs has your brother killed?