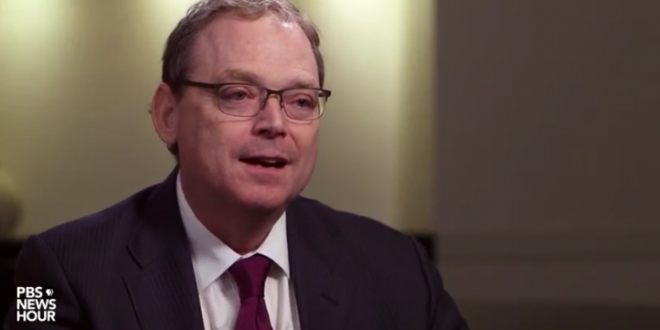 WH Chief Economic Adviser: Federal Workers Are Better Off Because They Didn’t Have To Use Any Vacation Days

White House chief economic adviser Kevin Hassett said furloughed workers are “better off” because they didn’t have to use vacation days over the holidays due to the government shutdown.

Hassett told PBS during an appearance on “NewsHour” that the timing of the shutdown coming during the holidays allowed furloughed workers to avoid having to use vacation days. “And then we have a shutdown, and so they can’t go to work,” he said in the interview Thursday.

“So then they have the vacation, but they don’t have to use their vacation days. And then they come back, and they get their back pay and then, in some sense, they’re better off.”

Hassett last appeared on JMG in September 2018 when he was forced to publicly admit that Trump lied about the GDP.