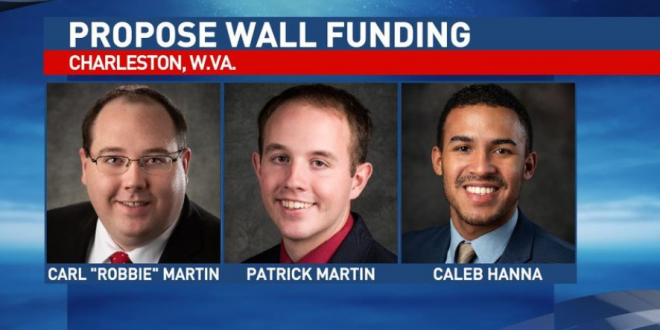 “West Virginians support our President and the wall,” Delegate Carl Martin said. “They’re sick of seeing Washington politicians sit on their hands while drugs and criminals pour over our border. It’s time for the states to stand up and do what they can to support our President in his fight to protect innocent Americans.”

“Since the D.C. liberals won’t act on this, we will. And I hope West Virginia serves as an example to other states that it’s time to stand up against inaction in Washington and band together to do what’s right.”

Dumb As Dirt: Three West Virginia State Delegates plan to introduce a bill that would divert $10,000,000 from one of the poorest state’s in the country to help Trump build a wall along the southern U.S. border. https://t.co/0eFJdCKbnP #NoWall

Every West Virginian, regardless of political affiliation, should be outraged by this. All across the state, our roads are falling apart and our schools are desperately underfunded. $10M for a costly and ineffective border wall is a massive waste of West Virginia’s money. https://t.co/MC4ocAJ6fK