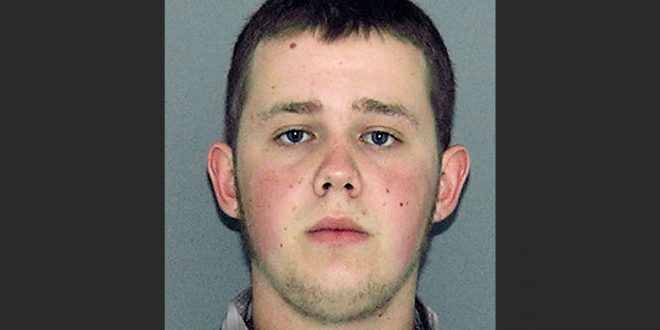 VIRGINIA: Another One Of Trump’s “Very Fine People” Sentenced To Four Years For 2017 Charlottesville Attack

An Ohio man was sentenced Monday to just under four years in prison for his role in the beating of a black man the day of a white nationalist rally in Virginia. Daniel Borden was sentenced to 20 years, but most of that sentence was suspended. His active sentence amounts to three years and 10 months.

Borden, of Huber Heights, Ohio, was one of four men charged in the Aug. 12, 2017, beating of DeAndre Harris in Charlottesville. WVIR-TV in Charlottesville reports that during his sentencing hearing Monday, Borden told the judge he is not a bigot and is remorseful. He also apologized to Harris, who was not in the courtroom.

From my August 2017 report on Borden’s arrest:

A cellphone video captured a group of white men savagely pounding on Harris with metal flag poles, umbrellas and plastic shields. The footage shows a bloodied Harris collapsing multiple times as he tries to scurry away from his racist attackers. The baby-faced Borden, who was charged with malicious wounding, has a history of hate.

A classmate at his Ohio middle school told cops in 2012 that Borden once held a knife against his face, called him “Jew Boy” because he had a big nose, and often drew swastikas, according to WCPO-TV in Cincinnati. The classmate also reported to police that Borden had claimed to belong to a gang called Brothers of Confederacy.

During the attack Borden was wearing a military-style helmet that read “Commie Killer.”