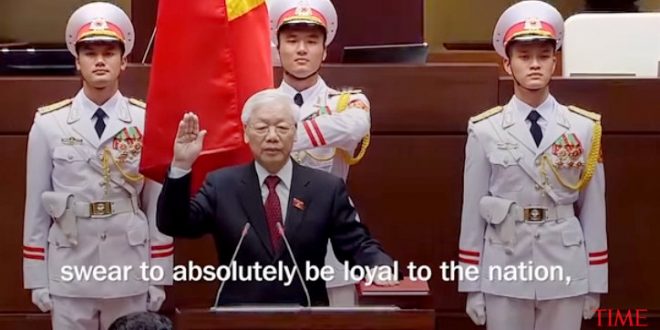 Vietnam has introduced a new cybersecurity law, which criminalises criticising the government online and forces internet providers to give authorities’ user data when requested, sparking claims of a “totalitarian” crackdown on dissent.

Previous Trump: There’s No Reason For US To Be In “Lost” Syria: Nothing But Sand And Death, There’s No Vast Wealth
Next Dems To Introduce Bill Requiring Presidential Nominees To Make Ten Years Of Tax Returns Available To Public