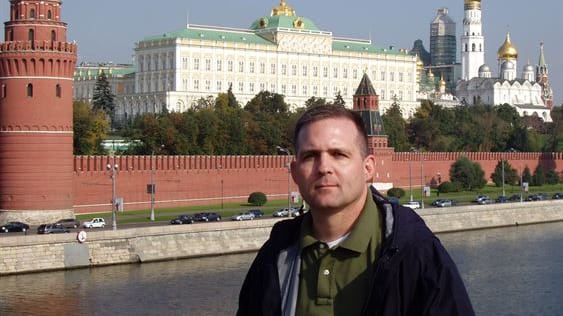 US Man Held By Russia For Spying Holds Four Passports

The Marine Corps found Paul Whelan, the American citizen detained by Russia on espionage charges, guilty of attempting to steal more than $10,000 worth of currency from the U.S. government while deployed to Iraq in 2006 and bouncing nearly $6,000 worth of checks around the same time, according to records obtained by The Washington Post.

The details of the charges against Whelan from a special court-martial that resulted in his discharge for bad conduct two years later add to an increasingly complex picture of the 48-year-old former Marine, whom Russian officials have accused of spying.

The American man being held on espionage charges in Moscow also has British, Canadian and Irish citizenship, officials said on Friday, a status that is certain to put more pressure from the West on Russia.

The man, Paul N. Whelan, could benefit from stepped-up efforts by multiple governments to secure his release. But it is unclear how much practical effect those entreaties will have, given the Russian government’s broad anti-Western stance.

Mr. Whelan has an unusual profile, not just because he holds four legal passports. He has made repeated visits to Russia, traveling the country by train and using social media to befriend Russians, including people with ties to the military.

Whelan was born in Canada to British parents and people with Irish ancestry are sometimes eligible for citizenship there.