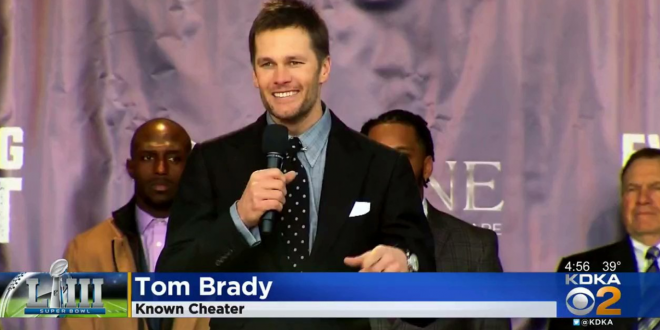 The higher-ups at Pittsburgh’s CBS affiliate didn’t find Monday afternoon’s graphic taking a shot at Tom Brady as funny as Patriots haters did. The employee responsible for the graphic is no longer employed by the station, a spokesperson told SI.com.

The chyron in question ran during KDKA’s 4 o’clock news and identified Brady, who was memorably suspended by the NFL for his role in the Deflategate scandal, as a “known cheater.”

“While fans are entitled to have personal opinions, we have a journalistic responsibility to provide unbiased reporting,” KDKA said in a statement to SI.com.

Previous Nikki Haley Rakes It In On Speaking Circuit: $200,000 And Use Of A Private Jet For Domestic Engagements
Next NORTH CAROLINA: Four Middle School Students Face Felony Charges Over Alleged “Columbine-Style” Plot