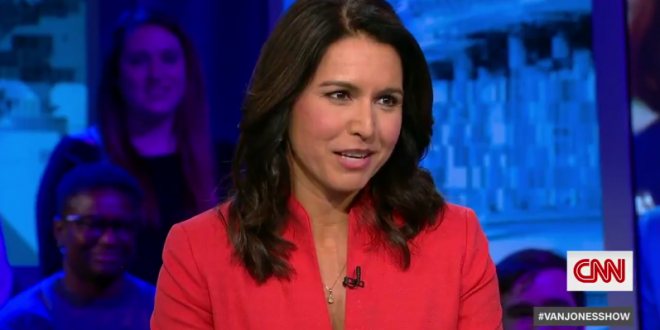 Tulsi Gabbard’s Father: I’m Still Anti-LGBT But I’m Sorry That I Traumatized Her With My “Aggressive Advocacy”

“I’d always known that as a child, Tulsi had been deeply affected by the conflict between myself and the gay community. But after seeing her video the other day, what she said broke my heart. I never realized how much trauma I put her through because of my overly aggressive advocacy for traditional marriage. We continue to have a very close relationship, and do not allow our differences on this issue to interfere with that.

“I know that Tulsi’s position, although different than mine, comes from a place of aloha, respect and compassion for other people. So, although I disagree with her, I respect her position. I have to admit that she has made me more empathetic and understanding of the difficulties that gays face in society.

“Even though I disagree with her on that one issue, she’s intelligent, loves the American people, and will stand up to protect our environment and keep us out of stupid wars.” – Former anti-LGBT hate group leader Mike Gabbard, in an email to the Washington Examiner.

VIDEOS: The first clip below is the lengthy apology issued by Gabbard last week. The second clip is her appearance yesterday on CNN where she again addressed her anti-LGBT past. That part starts at the 5:15 mark.