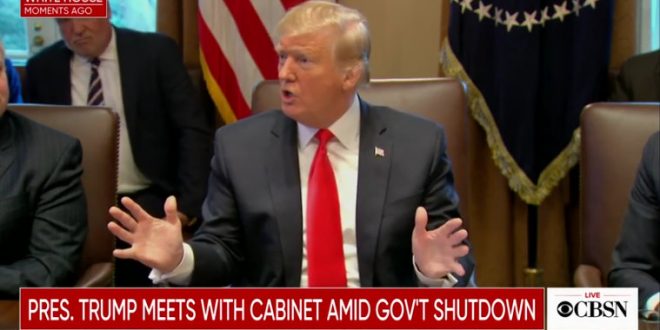 Trump: There’s No Reason For US To Be In “Lost” Syria: Nothing But Sand And Death, There’s No Vast Wealth

President Donald Trump on Wednesday called Syria “sand and death” in a question-and-answer session with reporters following a cabinet meeting.

Asked about a timeline for withdrawing troops from the country, the president described how he viewed the country and the fighting there.

Trumps Middle East comments are a rambling melange of a stinking drunk’s dive bar statements. He said there was no reason to go to Afg/Syria bc there were no resources to exploit. “Nothing but Sand & Death” So 9/11 or ISIS never factored but lost money does. #25thAdmendmentNow

Way to dehumanize the people who are caught in the middle of a prolonged and devastating civil war.

So this insane “sand and death!” rant that Trump is going on right now has to end in him stripping naked and resigning on national TV right? I think that’s the only logical end to this bonkers word salad shooter

Just so you’re clear about our President’s priorities, Trump’s not interested in staying in Syria because there’s no money to be made there.

“We are taking about sand and death. We are not talking about vast wealth.” https://t.co/AptGNyN8bn

Trump laments a lonely Christmas in the White House with no one but “machine gunners” to keep him warm pic.twitter.com/yC4xRnUSPW

Previous Trump Refuses To Back Down On Shutdown: I Want A Wall That Only A Champion Pole Vaulter Could Jump
Next Vietnam Criminalizes Online Criticism Of Government