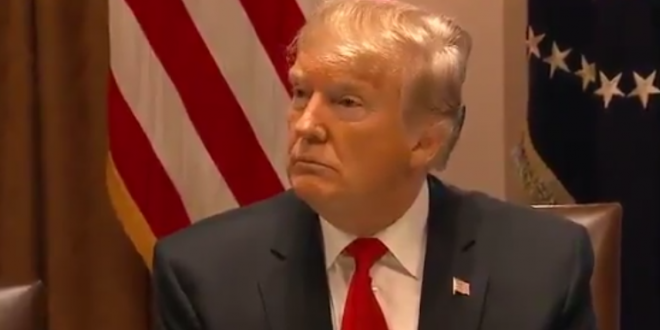 “Local people know who they are when they go for groceries and everything else and I think what Wilbur (Ross) was probably trying to say it that they will work along. I know banks are working along if you have mortgages – the mortgagees – the folks collecting the interest and those things, I know they’re working along. And that’s what happens in times like these. They know these people, they’ve been dealing with them for years, and they work along.” – Donald Trump, speaking from the White House.

Trump: The grocery store will float you the food on credit until the shutdown is over. That’s how it works. pic.twitter.com/3oSNtLlto0

Donald Trump, defending Wilbur Ross, says government workers not receiving a paycheck because of the #TrumpShutdown can simply convince their local grocery stores to “work along” with them. pic.twitter.com/bIvu2CJxHb

Previous Bernie: My Dem Opponents Want Black, Gay, Female, Latino Candidates “Regardless Of What They Stand For”
Next Brian Brown: Rep. Tulsi Gabbard Must Apologize For Insulting Americans By Apologizing For Anti-LGBT Past