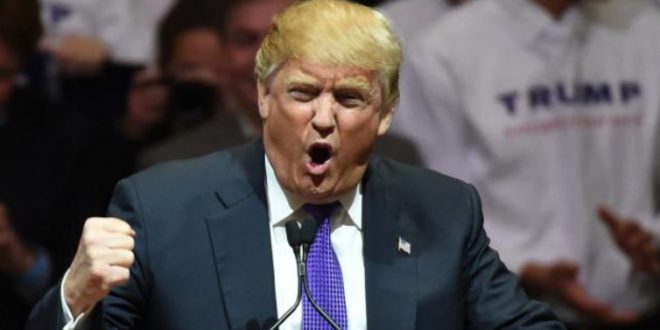 Trump Rages: NBC Is Working With The Democrats

Some folks just never get over their former employer. President Donald Trump threw some evening shade on NBC and its cable news outlet late last night, tweeting that both “are going crazy” and “are truly the Opposition Party.”

The former host of NBC’s The Apprentice and The Celebrity Apprentice even threw in a slam at an MSNBC rival — or was it a backhanded compliment? — exclaiming, “May even be worse than Fake News CNN, if that is possible!”

His latest assault on the American media he has dubbed “the Enemy of the People” came less than an hour after Fox News Channel announced that Trump will sit for an interview Thursday with Sean Hannity on that outlet’s Hannity program.

The Mainstream Media has NEVER been more dishonest than it is now. NBC and MSNBC are going Crazy. They report stories, purposely, the exact opposite of the facts. They are truly the Opposition Party working with the Dems. May even be worse than Fake News CNN, if that is possible!

Gave an OFF THE RECORD luncheon, somewhat of a White House tradition or custom, to network anchors yesterday – and they quickly leaked the contents of the meeting. Who would believe how bad it has gotten with the mainstream media, which has gone totally bonkers!