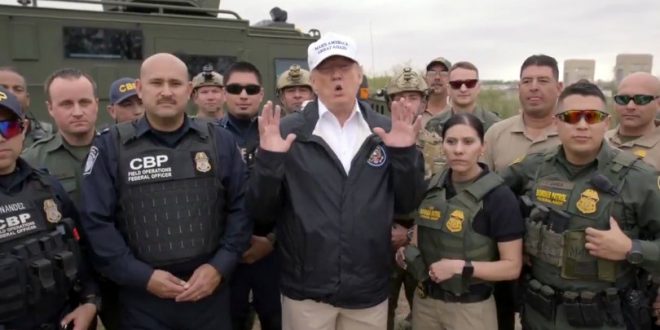 But first a fact check from the Associated Press:

With the deceptive use of a video, President Donald Trump on Thursday heartily thanked his White House predecessor for supporting his policy at the Mexican border. Barack Obama has offered no such support; only criticism.

Obama’s remarks in the short video clip do not support Trump’s proposal for a border wall or endorse the path Trump is considering now: declaring a national emergency that might enable him to circumvent Congress and unilaterally spend money on the wall.

Instead, Obama was asking Congress to approve an emergency appropriation to deal with a surge of tens of thousands of unaccompanied children and youth, mostly from Central American, trying to cross the border from Mexico.

President Obama, thank you for your great support – I have been saying this all along! pic.twitter.com/L506g9Aq4z

From the Southern Border…. pic.twitter.com/Vgsf5nEZUH