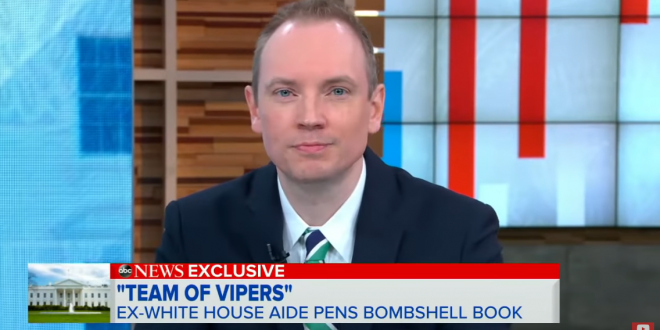 Trump Is “Very Pissed Off” About Latest WH Tell-All

President Donald Trump is “very pissed off” and “really hopping mad” at former aide Cliff Sims’ new book that reveals firsthand the chaos and infighting that is ever present in his White House, according to several current and former White House officials. Some Trump advisers have urged him not to lash out at Sims. Their message to Trump, said a White House official, is: “It’s beneath you. You barely remember him. Go run the world.”

But it is unclear how the impulsive Trump might react after the kickoff of Sims’ official media tour, which began early Monday with an appearance on ABC’s “Good Morning America” and “The View.” Sims is also slated to appear on CBS’ “The Late Show with Stephen Colbert” tonight. Although Trump insists Sims — an Alabama native who previously worked on the Trump 2016 campaign – was never in his inner circle, he “feels duped by a guy who he trusted,” said a person close to the White House.