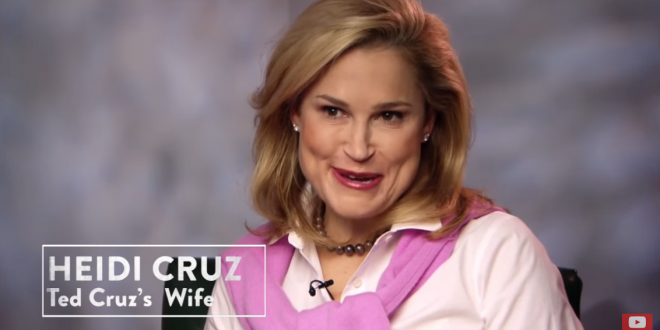 Donald Trump interviewed Heidi Cruz – wife of Texan senator Ted Cruz – for World Bank president but is not now considering giving her the job, people familiar with the matter have said. Treasury Undersecretary David Malpass remains the clear frontrunner for the job, but Mr Trump has continued to consider others, including Ms Cruz and prominent investor Mohamed El-Erian, the people said.

A decision could come as soon as this week, one of the people said. Ms Cruz, a Goldman Sachs managing director, was head of the Houston office before she took unpaid leave to help her husband’s ultimately unsuccessful campaign for the Republican presidential nomination in 2016. But Ms Cruz and Mr Trump have a complicated past: She was thrust briefly into the spotlight during the campaign when Mr Trump tweeted an unflattering image of her and disparaged her appearance.