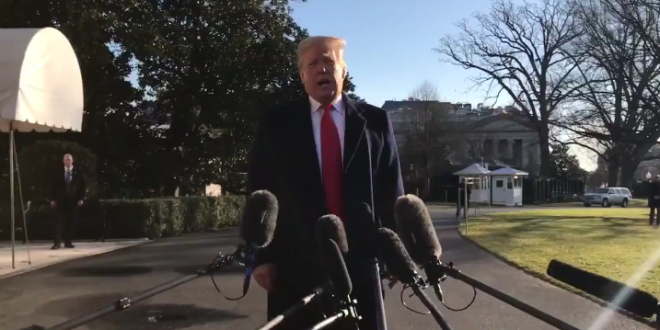 Trump: I Can Relate To Unpaid Federal Workers [VIDEO]

President Donald Trump said on Sunday that he can “relate” to federal workers who are not getting paid during the ongoing partial government shutdown. He also insisted that they agree with his push to secure funding for a border wall.

My question to the president, “Can you relate to the pain of federal workers who can’t pay their bills?” Pres. Trump:”I can relate…”. Watch: pic.twitter.com/WJCBHZQ15x