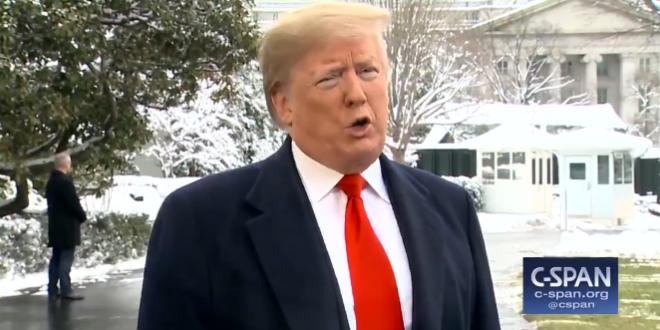 President Trump on Monday said “a lot” of Democratic lawmakers are “calling and they are breaking” with their party over the government shutdown. He did not name names, however.

Trump says many of the Democrats in Congress are “calling” him and saying “we agree with you” on the shutdown.

Like many of the suspiciously-helpful-to-Trump phone calls Trump describes, there is little chance this is not a lie.

Trump also lied that Democrats “all raised their hand” to vote for a wall “three years ago” and “five years ago.” Some but not all congressional Democrats voted for fencing — the Secure Fence Act — 13 years ago.

Previous Delta Passenger Flies To Japan With Gun In Carry-On
Next Randy Rainbow: There Is Nothin’ Like A Wall [VIDEO]