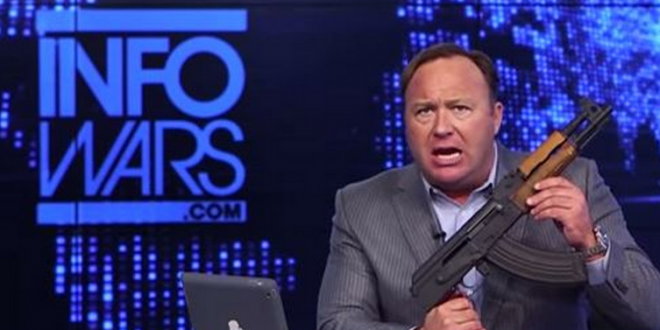 Nearly six months after Toronto’s deadly Danforth Avenue shooting rampage, newly released details from court documents reveal a startling amount of ammunition was found in the apartment of gunman Faisal Hussain, along with a number of DVDs by the American conspiracy theorist Alex Jones.

In the hours after the shooting, which claimed the lives of 18-year-old Reese Fallon and 10-year-old Julianna Kozis, police entered Hussain’s highrise apartment in the city’s Thorncliffe Park neighbourhood.

Hussain, 29, died of a self-inflicted shot to the head after a gunfight with officers on the night of July 22, 2018, a police source previously told CBC News. Police found cocaine on his body and a cellphone, still ringing with a call from “home.”

Faisan shot a total of 15 people, two fatally, during his July 2018 attack on a crowded restaurant district. (Tipped by JMG reader Sashine)