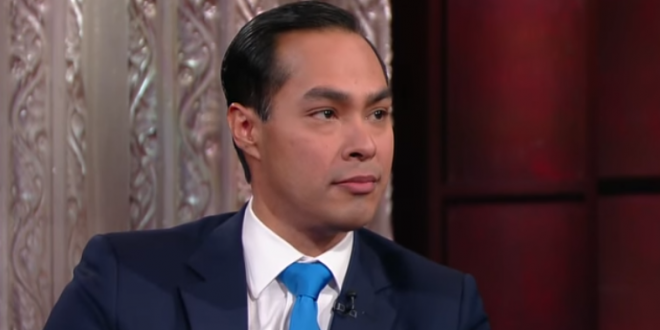 Texas Democrat Julian Castro, a former San Antonio mayor who went on to be the top U.S. housing official, was expected to formally announce his White House bid on Saturday, the first Hispanic in what looks to be a crowded field of candidates vying to challenge President Donald Trump in the November 2020 election.

Castro, 44, the grandson of a Mexican immigrant, served as secretary of Housing and Urban Development under former President Barack Obama and has long been viewed as a rising star in the party. He will seek to position himself as a political outsider with liberal credentials.

Castro, a longshot who lacks widespread name recognition or an extensive campaign infrastructure, will need every advantage he can get.

That helps explain why he chose to hold his formal presidential announcement event before anyone else this year, declaring his White House bid at Plaza Guadalupe here on the west side of San Antonio, not far from where he grew up as the son of a single mother and twin brother to Rep. Joaquin Castro (D-Texas).

It’s the second part of his campaign launch — Castro kicked off his bid in early December, announcing his intentions via Twitter with a biographical video and the formation of an exploratory committee.