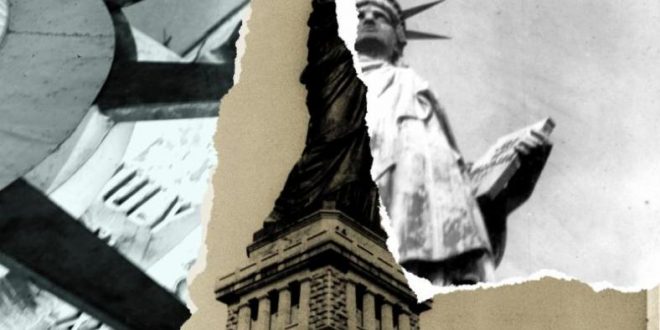 The singer uses “the land of the free” as an ironic refrain, citing the injustices that seemingly shouldn’t occur in such a society.

“When I go out in my car, I don’t think twice,” he sings over gospel-styled piano and grandiose backing vocals. “But if you’re the wrong color skin, you grow up looking over both your shoulders.” Later, he asks, “How many daughters, tell me how many sons, do we have to put in the ground before we just break down and face it? We’ve got a problem with guns.”