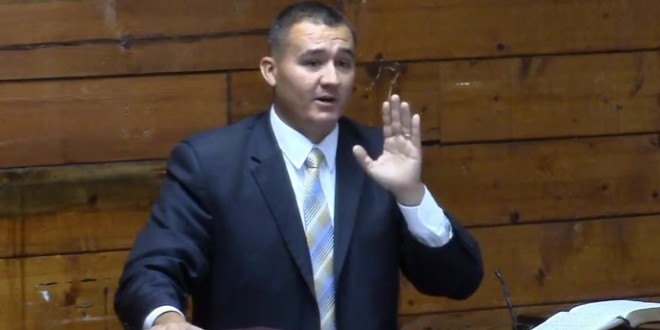 A pastor known for calling Orlando shooting victims at a gay nightclub “scum” in 2016 has been ousted from his Fort Worth church for “sleeping with prostitutes,” marijuana possession and gambling, according to a fellow pastor.

Pastor Donnie Romero of Stedfast Baptist Church resigned Wednesday, said Steven Anderson, a pastor at Romero’s former church in Phoenix. As of Friday, Romero had not been charged with any crime by Fort Worth police. Anderson also said Romero has not been charged with a crime. Romero could not be reached for comment Friday afternoon.

Stedfast church was labeled as a hate group by the Southern Poverty Law Center in 2015. In December 2014, Romero said in a sermon, which was posted on YouTube, that gay people should be “put to death.”

Romero last appeared on JMG when he preached that God should “finish the job” and “kill those queers” hospitalized after the Pulse massacre.

Pastor Steven Anderson, longtime JMG readers will recall, has also repeatedly called for executing all LGBT persons. In once instance, he called for the federal government to do so by firing squad. Anderson also publicly prayed for God to murder President Obama.

Previous CPAC Chair Matt Schlapp To Run For US Senate In 2020
Next ARIZONA: State GOP Forbids Criticism Of Trump