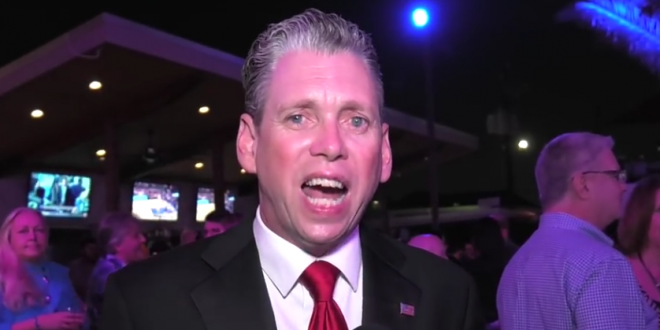 Lead plaintiff Tex Christopher [photo above] said in the lawsuit that “‘gay marriage’ is ‘fake marriage’” and that, as a Houston taxpayer and library cardholder, he has standing because the library specially ordered books for the story hours and made flyers for them.

Last year Christopher, who ran for Congress in 2010, led a “March4Trump” event in Houston. Another plaintiff in the now-booted suit is whackjob Chris Sevier, best known here for his multiple failed attempts to stop same-sex marriage by claiming that he has the right to marry his computer. Sevier has a separate pending Drag Queen Story Hour suit against a library in Lafayette, Louisiana.