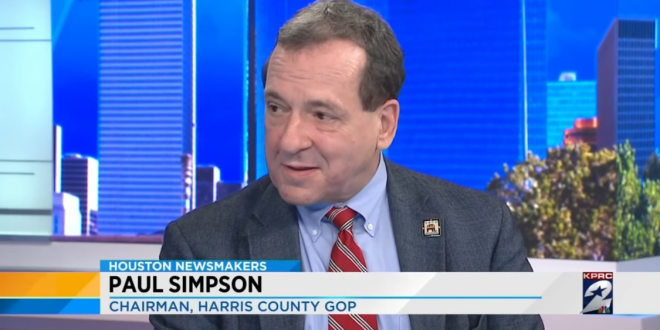 The Harris County Republican Party on Sunday stirred up controversy after the group blamed the Holocaust on “leftism” in a public Facebook post. “Leftism kills,” the group wrote in a since-deleted Facebook post published on Sunday, Holocaust Remembrance Day. “In memory of the 6 million Jews lost to Nazi hatred in the name of National Socialism. We will never forget.”

Vlad Davidiuk, communications director at the Harris County Republican Party, initially declined to comment on the post except to say: “The Nazis identified themselves as National Socialists. The name of the party was the National Socialist Workers party.” Nazis, who killed left-wing activists among other victims, have traditionally been viewed by historians as a right-wing fascist movement. 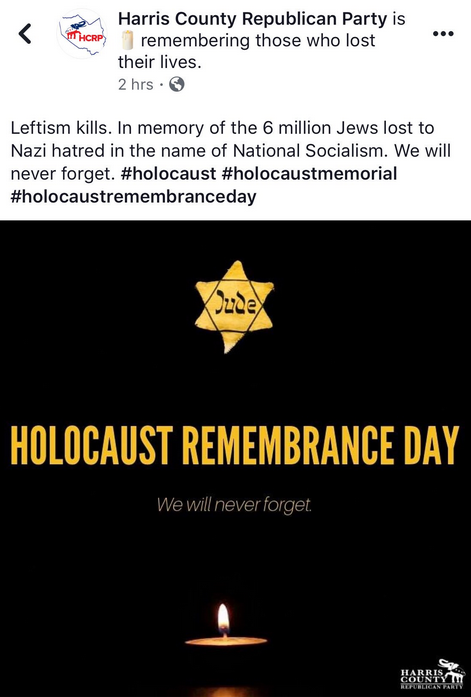 Previous Roger Stone: I’m Being Treated Worse Than Bin Laden (Who Was Shot In The Head, Dumped In The Ocean)
Next CHATTER AWAY: Overnight Open Thread