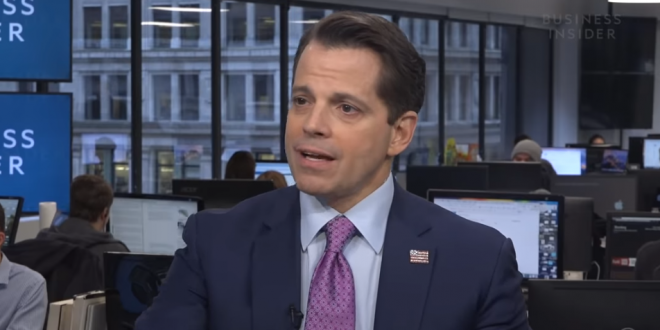 Tell-All Excerpt: The Mooch Has Bragged To Black Men About Being Hung, “I’m Black From The Waist Down”

The Daily Beast reports on another tell-all excerpt:

Scaramucci had just finished up an interview on the White House’s north lawn, Sims recalls, when he “was approached by several cameramen from one of the networks, each of whom wanted to take a photo with him.”

As he snapped selfies, Scaramucci “put both hands on his belt buckle, leaned in close to the cameramen—each of whom happened to be African American—and said, ‘Can I tell you guys something? We’ve already hit it off, and I think I know one of the reasons why.’ Mooch paused for a few moments to build the anticipation. ‘It’s ’cause I’m black from the waist down.’”

The cameramen, according to Sims’s account, laughed “hysterically,” with one playfully exclaiming, “He’s crazy!” as Scaramucci waltzed away beaming.

The Daily Beast notes that they’d heard of the Mooch telling this same joke to others, but didn’t report it at the time because it didn’t have “an obvious news hook.”

At the link above you’ll also learn that Trump wanted his Disney Hall Of Presidents robot to claim that Americans had invented the skyscraper.