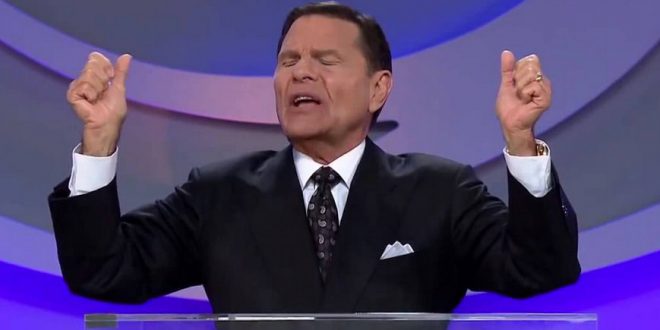 “I want to tell you something the Lord said to me. I’ve gone into a very — how can I say this part? — more than just a little exercise program. And I’m in very serious training. Praise God. I’m working out hard. And I heard this. He said, ‘Kenneth, I sacrificed my body for yours.’ He said, ‘Now you are sacrificing your body for mine.’ I didn’t want to do that! But then I have a mandate before me. Should the Lord tarry, I will live and preach this gospel till I’m 120 years old. There’s no in-between. And you can’t do that sitting around doing nothing. I’ve tried. That don’t work. Amen.

“I’m gonna be preaching on that day. I am gonna be preaching that day. Amen. And the Lord Jesus will appear and many in the congregation will see. We’re talking about 2056. That’s 38 years from now. There’s a lot of things gonna happen in the spirit over the next 38 years. I’ve got my mind made up! My heart made up! I’m gonna die young! At 120 years old! Hallelujah!” – Televangelist Kenneth Copeland, perhaps best known for scamming a $20 million private jet out of his moronic followers.