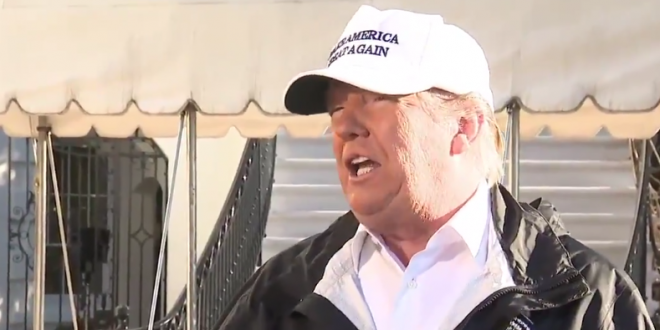 SURE JAN: White House Claims Bloody Bandage On Trump’s Hand Is From “Joking Around With Barron”

President Donald Trump is often called thin-skinned. It’s usually not meant literally. But the back of Trump’s right hand was covered with an adhesive bandage during a Thursday trip to McAllen, Texas, with blood visibly seeping through the dressing. His hand was similarly bandaged again on Monday as he departed for a trip to New Orleans.

Armchair medics studying photos that circulated online this week leapt to dramatic conclusions. But the White House said on Tuesday that Trump sustained the injury while playing with his 12-year-old son. “The President was having fun and joking around with his son Barron and scratched his hand,” White House press secretary Sarah Sanders told POLITICO.

Trump had an IV on the top if his hand, which means he is likely receiving treatment — that is being hidden. pic.twitter.com/J9ym2COZah

Did they do some kind of blood oath ritual or something? h/t @Marmel pic.twitter.com/rvshsoYRwU