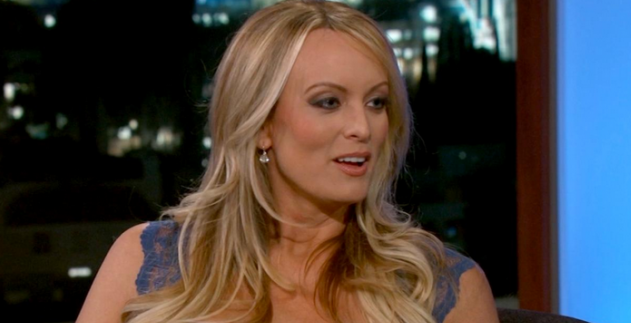 Stormy Daniels is suing the Columbus Division of Police and several officers after her July 2018 arrest at a Columbus strip club. Stephanie Clifford, who performs in adult films and strip clubs under the stage name Stormy Daniels, filed the lawsuit Monday in federal court.

In the lawsuit, Clifford claims her arrest was planned days before July 11, 2018 performance at Sirens. The lawsuit claims the arrest was part of an attempt by officers to disparage her character and credibility due to her criticism of President Donald Trump.

The lawsuit seeks more than two million dollars in damages. Daniels is represented in the case by attorney Michael Avenatti, along with local attorneys Chase Mallory and Dan Sabol.

Daniels was arrested under a rarely-enforced state law that prohibits employees of strip clubs who dance nude or semi-nude from touching patrons. Police eventually admitted that Daniels should not have been arrested.

Prosecutors dropped the case because Daniels was not an employee of the club, only a guest performer, so the statute did not apply to her. Cops said that they would investigate the motives of the arresting officers.

In the complaint, Avenatti identified officers as “avowed supporters of President Trump” and “registered Republicans.”

The arresting officers reportedly belonged to a secret pro-Trump Facebook group where they posted under fake names.