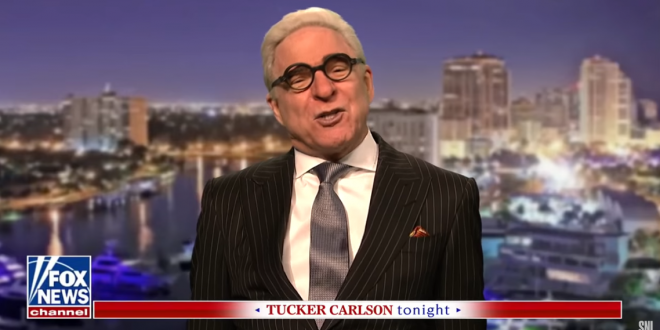 Stone was enthused about his predicament and noted all the radio and television appearances he made after being arrested. “I mean seven felonies — one, two — I can’t even count that high,” he said. “How cool is that?” He said he started a crowdfunding effort based on a phrase people have been shouting at him: “Hey Roger, go fund yourself.”

Next up is Secretary of Commerce and man of the people, Wilbur Ross. #SNL pic.twitter.com/MZmeyAwK8a

Previous Trump Rages: Roger Stone Didn’t Even Work For Me
Next Jeanine Pirro: It’s A Crime That CNN Was Tipped Off To FBI’s “Gestapo” Raid On Roger Stone’s Home [VIDEO]