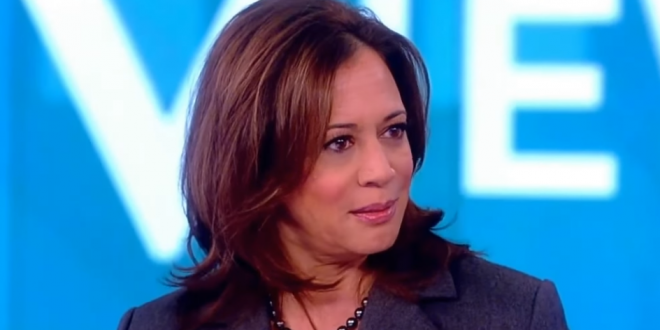 Sen. Kamala Harris On The View: The US Is “Absolutely Ready” For Its First Woman Of Color President [VIDEO]

Sen. Kamala Harris (D-Calif.) on Tuesday said that she believes the U.S. is “absolutely” ready for a woman of color as president. Harris made the remarks during an appearance on ABC’s “The View” to promote her new memoir, “The Truths We Hold: An American Journey.”

“Is this country, after what [President] Trump has unleashed and what we have seen, ready for the first woman of color president?” one of the show’s hosts, Abby Huntsman, asked Harris. “Absolutely,” Harris said. “Listen — I’m not saying that about myself but I am saying that about the capacity of the American public.”