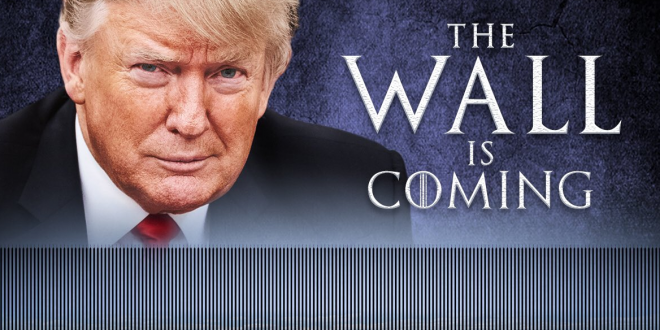 “Enough with the memes,” the New York Democrat tweeted in response to Trump sharing an image in the HBO show’s style that said: “The Wall is Coming.”

The use of the meme was mocked on social media, with many pointing out that the wall in the hit show was destroyed in the latest season.

Previous CHATTER AWAY: Overnight Open Thread
Next Pirro Rages At Dem Rep Over “Motherfucker” Comment: You’ve Got A Lot Of Nerve After We Let Your Family In