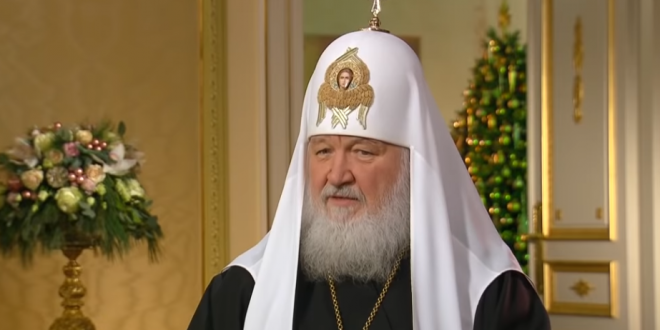 The leader of the Russian Orthodox Church has said that humans’ dependence on modern technology will result in the coming of the Antichrist. In an interview with Russian state media, Patriarch Kirill explained he does not entirely oppose gadgets, but warned against “falling into slavery” to smartphones.

“Control from a single point is a harbinger of the coming of the Antichrist,” Kirill told the state-run Rossia-1 TV network on Orthodox Christmas Monday. “The Antichrist is a personality that will be at the head of the world wide web controlling the entire human race. Thus, the structure itself presents a danger,” he said.

Kirill is a major backer of Putin, whose mother secretly baptized him in the church during its persecution by the Soviet regime.

He last appeared on JMG in 2017 when he compared same-sex marriage to Nazism.

Also that year Kirill sprinkled holy water on government computers to protect them from hacking. Seriously.