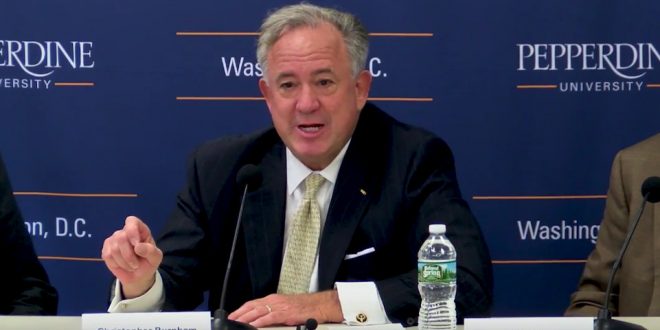 A member of President Trump’s transition team was announced as a new board member of a company owned by Russian oligarch Oleg Deripaska as soon as the Treasury Department lifted sanctions on Deripaska’s companies Sunday.

On Monday, EN+ announced seven new board directors, including Christopher Burnham, who served on Trump’s State Department transition team and previously worked as an executive at Deutsche Bank.

Bloomberg News previously reported that Deutsche Bank loaned Trump around $300 million when American banks refused to do business with him because of his extensive outstanding debt. The bank has also loaned billions to Deripaska.

Burnham is also a former state treasurer for Connecticut.