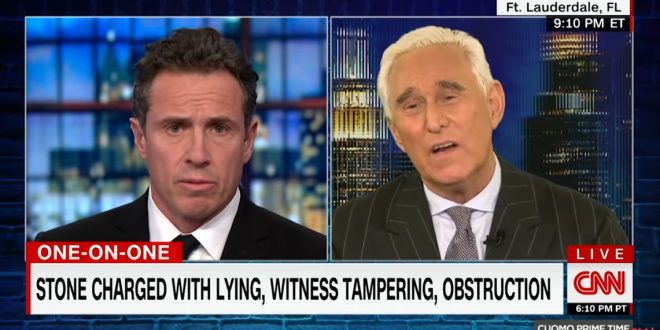 “I have never had any discussion with him or communication with him regarding that. I have no idea what he might do,” Stone said on CNN’s “Cuomo Prime Time.”

“I don’t expect to be convicted, so I’m not going to address it. I don’t address hypothetical questions,” he added when asked if he would accept a pardon.