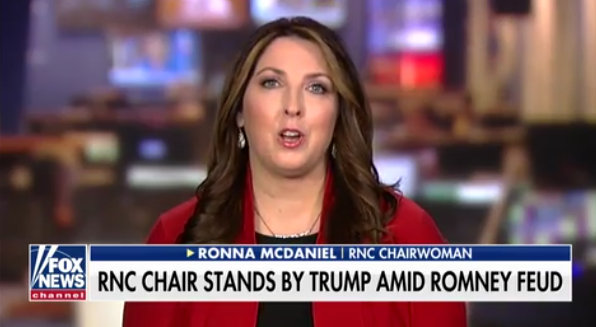 RNC Chairwoman Ronna McDaniel on Thursday insisted there were no hard feelings between her and her uncle, Sen.-elect Mitt Romney, after Romney’s blistering criticism of the president put the two family members publicly at odds.

“I love my uncle. My tweet yesterday had nothing to do with family,” she said. “I would have done this with any freshman incoming senator and I would have said, ‘Hey, let’s focus on the real issues here which are the Democrats that are proposing dangerous policies for our country.’”

“He sent me a note. Our family fights, I mean, not fights, but we’ve had disagreements about politics for a long time. This is part of our family. He said you have got to do what have you got to do. He understands,” she told Fox News’s Steve Doocey.