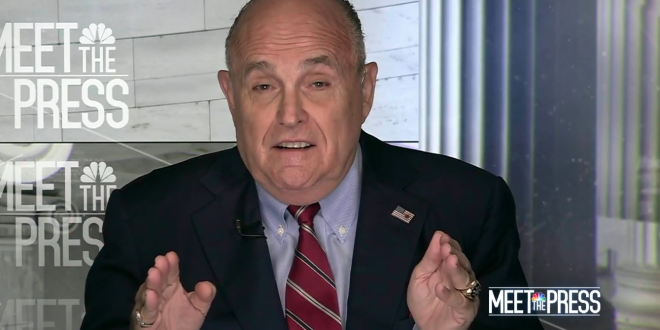 Rudy Giuliani’s latest media blitz, which was filled with a dizzying array of misstatements and hurried clarifications, agitated President Donald Trump and some of his allies, who have raised the possibility that the outspoken presidential lawyer be at least temporarily sidelined from televised interviews. Trump was frustrated with Giuliani, according to three White House officials and Republicans close to the White House who were not authorized to speak publicly about private conversations.

Some of Trump’s allies have suggested that Giuliani be barred from evening interviews because of concerns that he was going on TV after drinking, according to three Republicans close to the White House. Giuliani has previously insisted he does not have an issue with drinking, denying to Politico last May that it affected his interviews. He added: “I may have a drink for dinner. I like to drink with cigars.”