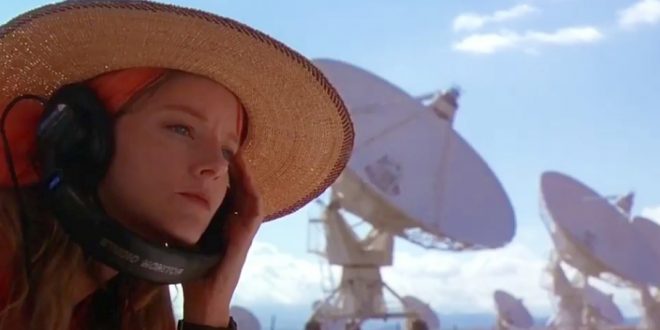 The burst, called FRB 180814.J0422+73, is one of 13 newly discovered fast radio bursts, or FRBs — brief, bright signals of radio energy that come from distant galaxies.  Astronomers reported the discoveries at a meeting of the American Astronomical Society on January 7 and in the Jan. 9 Nature.

Seeing two repeating signals probably means that there exists – and that humanity will probably find – a “substantial population” of repeating signals, the researchers write in one of the two papers published in Nature.

Having two sets of repeating bursts could also allow scientists to understand what distinguishes them from single bursts, helping them understand more about their source and watch for future blasts.

In all the researchers spotted some 13 of the bursts in just a three week period, offering a vast new trove of data for the scientists hunting for their source. Together they could offer some evidence of the extreme or unusual environment they are coming from – or the mysterious technology that some claim alien civilisations could be launching them into space with.

More discoveries are likely on their way. The telescope responsible for these findings, the Canadian Hydrogen Intensity Mapping Experiment, or CHIME, promises to be the most effective FRB hunter in operation.

CHIME scans the entire Northern Hemisphere every day, hopping from one spot to the next every 15 minutes. The observatory can examine 500 times as much sky as the next FRB superstar, the Parkes radio telescope in Australia, which revealed the first FRB in 2007 and has found the majority of known bursts.