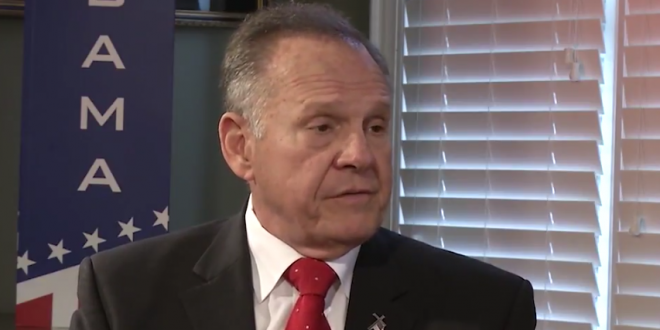 The “Dry Alabama” Facebook page, illustrated with stark images of car wrecks and videos of families ruined by drink, had a blunt message: Alcohol is the devil’s work, and the state should ban it entirely. Along with a companion Twitter feed, the Facebook page appeared to be the work of Baptist teetotalers who supported the Republican, Roy S. Moore, in the 2017 Alabama Senate race. “Pray for Roy Moore,” one tweet exhorted.

In fact, the Dry Alabama campaign, not previously reported, was the stealth creation of progressive Democrats who were out to defeat Mr. Moore — the second such secret effort to be unmasked. In a political bank shot made in the last two weeks of the campaign, they thought associating Mr. Moore with calls for a statewide alcohol ban would hurt him with moderate, business-oriented Republicans and assist the Democrat, Doug Jones, who won the special election by a hair-thin margin.

Hit the link for much more. A spokesman for Jones says his advisers plan to file a complaint with the Federal Elections Commission.