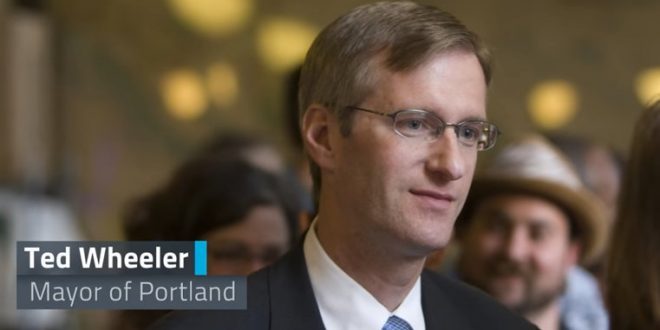 Right wing activists in Portland, Oregon, appear to have shifted tactics in their ongoing confrontation with left wing groups and city authorities, attempting forced “demaskings” of opponents and picketing union venues and events. One activist has threatened the city’s mayor, Ted Wheeler.

Last week, Reggie Axtell, a member of the “western chauvinist” Proud Boys group and a frequent attendee at Patriot Prayer marches, issued a threat to Wheeler. In a video posted to Facebook, Axtell said the mayor’s “days are fucking numbered” and added: “I promise you this, Ted Wheeler: I’m coming for you, you little punk.”

Axtell also said he would try to “unmask every antifa son of a bitch that I come across” and said: “Like Joey Gibson says, behind every blade of grass there is a gun.”