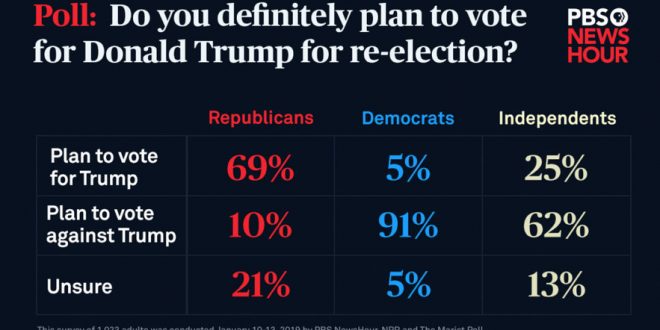 More than half of registered voters say they have made their minds up against supporting President Trump in 2020, according to a new poll. In a PBS NewsHour/NPR/Marist Institute survey released Thursday, 57 percent of registered voters said that they would definitely not support Trump in 2020, and would instead “vote against” the president by supporting one of his announced opponents.

Previous Carlson: White People Are The Real Victims Of Racism
Next The Atlantic Calls For Trump’s Impeachment: He Has Failed His Solemn Vow To Defend The US Constitution