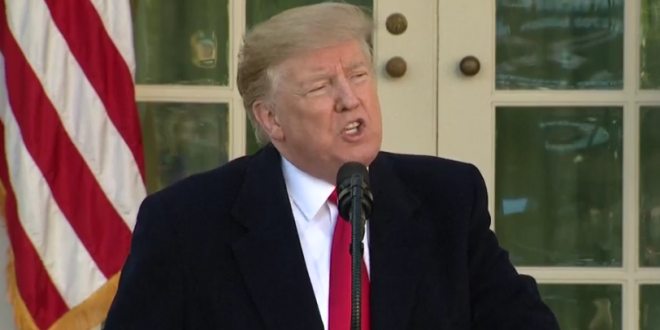 According to the poll, 56 percent of registered voters — a clear and statistically significant majority — say they will “definitely” not vote for Trump in his 2020 reelection bid. That’s bad enough. But the Post-ABC poll provided the option that asks if people would “consider voting for him.”

That number echoes a recent finding from Marist College, which found 57 percent said they would definitely not support Trump. But the number in the newer poll suggests the opposition is even firmer, and that’s because of the options that the poll’s question provides.

Giving people a third option in polling tends to pull them away from the extremes to a safer and less committal middle ground. But judging by this poll, that definitely-not-voting-for-Trump segment is resolute in its stance.

New Post-ABC poll shows public sentiment is against @realDonaldTrump, bigly. The middle option in the poll that most voters rejected was “would you consider” voting for Trump.

As the author states: “these numbers can’t be described as anything except bad” for @POTUS. https://t.co/QjlxfcwRnF