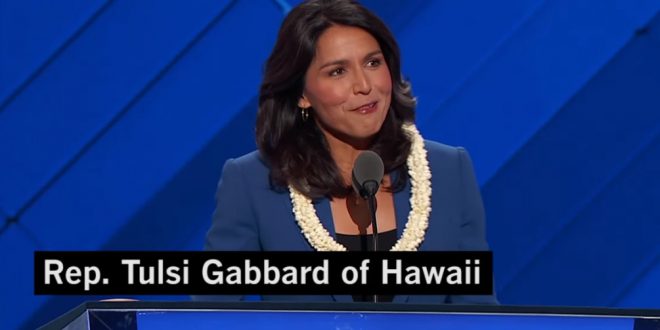 Politico: Gabbard 2020 Campaign Is “Melting Down”

Two-and-a-half weeks after she told CNN she had decided to run for the White House—an announcement that even her own staff didn’t know was coming, after weeks of debating the timing of the rollout—the 37-year-old congresswoman has struggled to contain the chaos.

Campaign manager Rania Batrice and Gabbard’s consulting firm Revolution Messaging are set to depart after this weekend’s official kickoff in Hawaii, two sources familiar with the situation told POLITICO. Gabbard is leaning on her sister, Vrindavan, to fill the void.

Hit the link for even more mess.