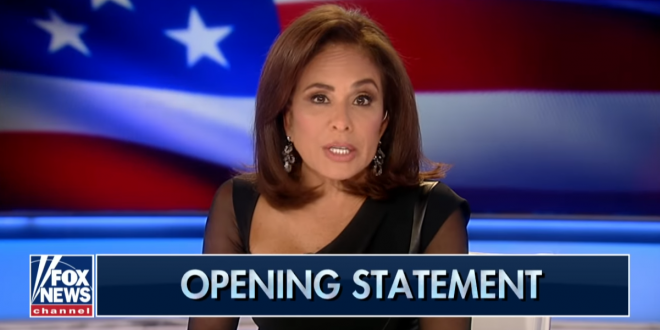 “The president has shown he is capable of negotiating. He has gone from a concrete wall to a steel slat barrier. He’s willing to go with any barrier — any physical barrier that you cannot climb over, crawl under, rappel, or shoot yourself out of a cannon over. He’s made concessions from $25 billion to $5 billion. From a concrete barrier to a steel one. He’s promising more personnel, detention beds, using technology and electronics to buttress the security and money to address the humanitarian needs. In spite of his negotiations, the Democrats refuse to budge.

“And if you don’t think another caravan of thousands moving in a highly- organized fashion similar to military convoys with an advance party, a main body and a rear party, that has exhibited violence along the way with migrants in addition to those from Central America from Africa, Pakistan, Yemen, Afghanistan, India, Bangladesh, Nepal, and more is a national emergency, then you’re out and out crazy! The president has been sitting in the Oval Office since Christmas Eve. He’s ready. If the Democrats aren’t coming to the table, the time to declare a national emergency is now.” – Jeanine Pirro, speaking to an audience of one.