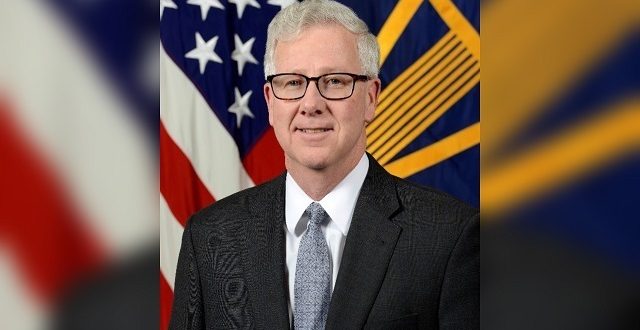 Rear Adm. Kevin M. Sweeney has resigned his post as chief of staff to the United States secretary of defense, the Defense Department said late Saturday.

Mr. Sweeney had become chief of staff to former Defense Secretary Jim Mattis in January 2017, and his resignation comes soon after Mr. Mattis’s own pointed departure in December. Mr. Sweeney’s resignation follows a number of recent high-profile departures from the Trump administration, including that of Mr. Mattis.

The president said in December that John F. Kelly would step down as White House chief of staff. Brett McGurk, the special presidential envoy to the coalition fighting the Islamic State, also announced his resignation last month.

In a terse resignation letter, he said it had been “an honour to serve” alongside his colleagues in the department, but made no mention of Mr Trump.

His departure adds to a sense of uncertainty surrounding the Trump administration’s defense and foreign policies since the surprise announcement of the planned withdrawal from Syria, analysts say.

On Tuesday, Secretary of State Mike Pompeo will embark on a week-long tour of the Middle East designed to reassure allies in the region.

Previous Pirro Rages At Dem Rep Over “Motherfucker” Comment: You’ve Got A Lot Of Nerve After We Let Your Family In
Next Trump Inclined Towards “Emergency” Wall Funding