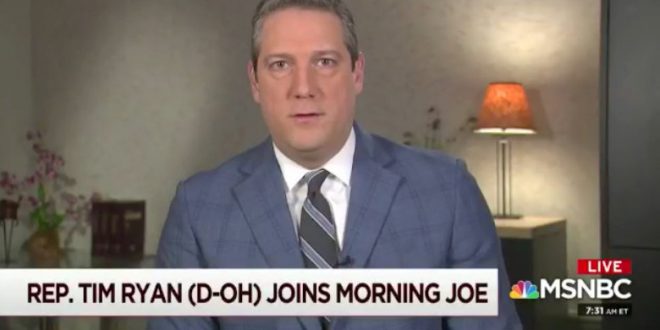 House Democrats are “absolutely” united behind presumed incoming Speaker Nancy Pelosi, Rep. Tim Ryan said Wednesday, putting the caucus in line behind the longtime Democratic leader as she prepares to face off against President Donald Trump on ending an ongoing government shutdown.

Ryan (D-Ohio) has been among Pelosi’s most prominent critics, mounting a bid to unseat her as Democratic leader in 2017 and joining with other Democrats last year in an effort to force her out of the top spot in party leadership in the upcoming Congress.

But Ryan told MSNBC’s “Morning Joe” that he and other Democrats are now behind Pelosi (D-Calif.), who will join other Congressional leaders at the White House on Wednesday for a meeting on the government shutdown, now in its 12th day.

Previous RNC Member Calls For Convention Rule Change That Could Block Trump Challengers From Being Nominated
Next Kanye West: For 2019 I Am Once Again A Trump Cultist