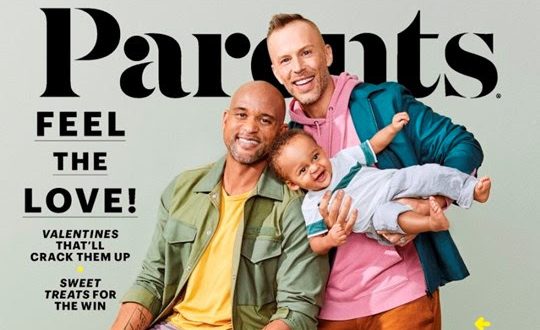 One Million Moms Vs Parents Magazine

Parents is using its magazine as a platform to promote the pro-homosexual lifestyle. Even if families do not personally subscribe to the publication, they should be warned that it could be displayed in waiting rooms of dentist and doctor offices, where children could easily be subjected to the glorification of same-sex parents.

Many families subscribe to Parents and should be aware of the upcoming change of content in this magazine. In a recent tweet, Parents proudly proclaimed: “Fitness pro @ShaunT and his adorable family star on our February cover, our first-ever to feature same-sex parents.”

Mothers and fathers are seeing more and more similar examples of children being indoctrinated to perceive same-sex couples as normal, especially in the media. Likewise, the magazine’s website, Parents.com, and their other social media pages also push pro-homosexual content.

This agenda will be a deal breaker for most conservative families, so, with this information, many of our supporters and families may choose to cancel their subscription to Parents. After all, most conservative and Christian families will disagree morally with the magazine’s decision, and subsequently, will not want to support its content.

Parents is the latest print media company to abandon what it does best in order to force a lifestyle on the American public that the medical community identifies as unhealthy. Rather than focusing on parenting tips, the publication shames Americans into embracing such a lifestyle.

TAKE ACTION: Sign our petition if you are offended by Parents promoting a same-sex couple on the cover of their February 2019 issue. One Million Moms is giving you this opportunity to voice your disapproval of the magazine’s attempt to normalize same-sex parenting.

The tweet below is presently pinned to the top of magazine’s account and the same photo is being used as their header image.

Insanity workout? Easy peasy. 💪 Becoming a father? Not so much. 😳 Fitness pro @ShaunT opens up about his difficult journey to parenthood and life with twin boys in our February issue. https://t.co/Ac2vPj5c5h