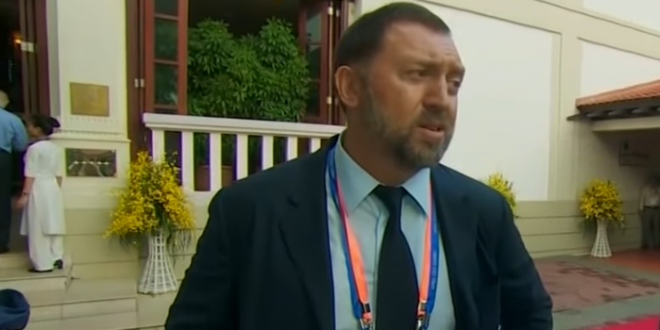 NYT: When Trump Lifted Sanctions On Russian Oligarch, It Freed Him From Hundreds Of Millions In Debt

When the Trump administration announced last month that it was lifting sanctions against a trio of companies controlled by an influential Russian oligarch, it cast the move as tough on Russia and on the oligarch, arguing that he had to make painful concessions to get the sanctions lifted.

But a binding confidential document signed by both sides suggests that the agreement the administration negotiated with the companies controlled by the oligarch, Oleg V. Deripaska, may have been less punitive than advertised.

The deal contains provisions that free him from hundreds of millions of dollars in debt while leaving him and his allies with majority ownership of his most important company, the document shows.

A binding confidential document suggests an agreement the Trump administration negotiated with companies controlled by Russia oligarch Oleg Deripaska may have been less punitive than billed, The New York Times reports pic.twitter.com/hEosMF6Z3b