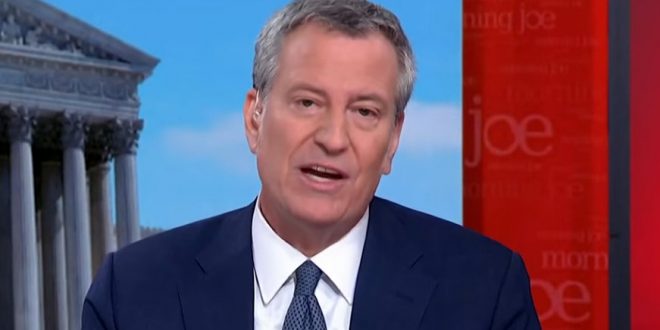 New York City will begin guaranteeing comprehensive health care to every single resident regardless of someone’s ability to pay or immigration status, an unprecedented plan that will protect the more than half-a-million New Yorkers currently using the ER as a primary provider, Mayor Bill de Blasio said.

NYC Care is expected to launch in the Bronx this summer and be available in the other four boroughs in 2021, the release said. It’ll cost at least $100 million, according to the release.

“We’ll put the money in to make it work; it’s going to save us money down the line,” de Blasio said on MSNBC. “We’re already paying an exorbitant amount to pay for health care the wrong way when what we should be doing is helping them get the primary care.”

Lincoln Hospital’s ER is one of the 10 busiest ERs in America. The Mayor’s health care guarantee aims in large part to change that. Primary, speciality and mental health care coming for everyone – regardless of income or immigration status. https://t.co/7AcKIbkvNG