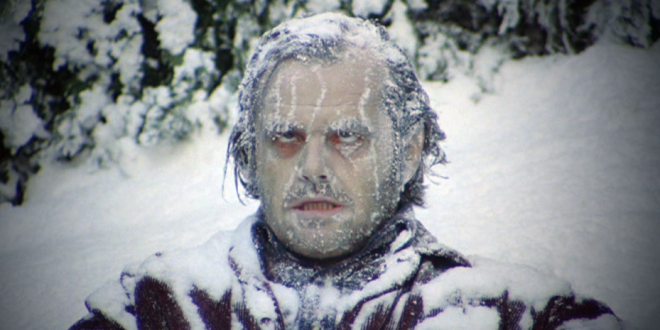 A fast-moving storm will dump an inch of snow an hour on the city starting at 6 p.m. Saturday and possibly into Sunday and then an arctic blast will turn the Big Apple into a treacherous tundra, Accuweather meteorologist Tom Kines warned late Thursday. “Everything white or slushy will become a glacier,” Kines said. Arctic winds coming in as the storm leaves will likely make the night feel more like minus 20 degrees, Kines said.

“We are facing a particularly challenging and large storm over the weekend,” said Department of Sanitation Commissioner Kathryn Garcia. “We are expecting a challenging event because the accumulations are very, very wide in terms of possibility because of the very steep temperature changes that are going to occur.”

“Anything that does come out of the sky will freeze into an iceberg,” Garcia said. Garcia added the city planning to be able to plow a foot of snow. Office of Emergency Management Commissioner Joseph Esposito said the city is “leaning forward for this event,” having learned from the storm in November that ground New York City to a halt.

The Department of Buses activated its fleet of 26 snow fighters, and any articulated 60-foot buses in service overnight were replaced with 40-foot-long standard buses with chains. The MTA’s commuter rails beefed up preparations as well, says spokesman Aaron Donovan.

Both Metro-North and the LIRR pre-positioned crews and deployed additional staff to be able to better respond to weather-related issues. A pair of de-icer trains circulated through the electrified areas of the LIRR to keep the third rail clear.

New York set to get hit with two snowstorms and subzero wind chills through the weekend#NYCsnow – #NYCweatherhttps://t.co/gx2TU88awC