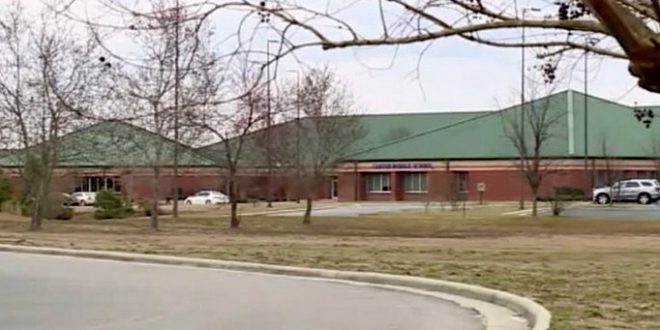 The school district has not made any public comments about the investigation. They planned a “Columbine-style” attack, Sadovnikov said of the students who messaged each other on Instagram about executing a school shooting.

The school discovered the messages on Jan. 22 and conducted an internal investigation before alerting the sheriff’s office on Jan. 24, according to Sadovnikov. She told The State there were possibly six students involved, calling one “the mastermind,” and more charges could be filed.

On Tuesday night, parents gathered at Carver Middle School, demanding answers from school leaders for nearly two hours. According to WRAL, they packed the library, their hands popping in the air, their questions tinged with anger.

While the principal, superintendent and school resource officer stood at the front of the room, one mother wiped away tears as parents demanded to know why the school didn’t notify them sooner.

“Please put something in writing or in some type of policy where the school system is allowed to inform the parents before news media puts it out, because that’s what really upset me,” parent Sonya Thomas said.

Previous Pittsburgh Station Fires Staffer For Tom Brady Graphic
Next Graham Demands FBI Briefing On Roger Stone’s Arrest: Why So Many Agents And Who Leaked Raid To CNN?