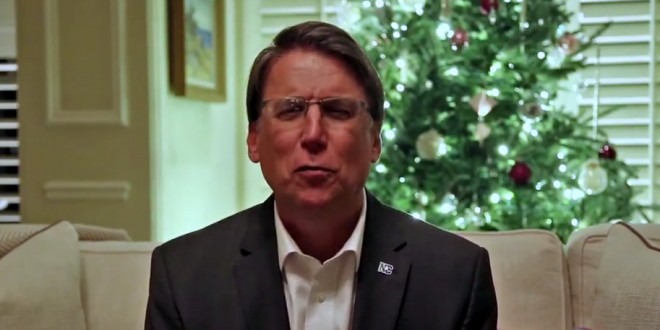 Former North Carolina Gov. Pat McCrory ruled out a possible run in the state’s 9th District on Wednesday, saying that Republican Mark Harris deserves a chance to “get the facts out” about alleged fraud in the disputed race.

But McCrory also opened the door to a potential gubernatorial bid in 2020 or a Senate run in 2022, saying that he would weigh his options through 2019.

McCrory was unseated by Democrat Roy Cooper in 2016 in no small part due to his support for the anti-LGBT House Bill 2, the infamous “bathroom bill” which prompted massive backlash from major corporations and sports groups.

Previous Graham: Pray For Jesus To Save Us From Nuclear War
Next 12 For California: An Idea For Senate Reapportionment